Groundwater treatment for use in Coopers’ beer production.

Groundwater treatment for use in Coopers’ beer production.

Broken Hill has relied on the Menindee Lakes as the town’s main water supply since the 1960’s. The Menindee Lakes is a chain of shallow ephemeral freshwater lakes connected to the Darling River to form a storage system.

In late 2015, due to the drought conditions in the Darling system the capacity of the lake system was close to empty.

This not only limits supply of water but also impact on the quality of water which deteriorates (salinity increases) due to the high evaporation rate. Under these conditions, Broken Hill’s Water Treatment Plant, designed to remove turbidity and organic matter using conventional filtration process, requires an upgrade with the reverse osmosis process to remove the excess salinity.

Therefore the requirement for an RO plant arose, which required completion in a very short time frame - 12 weeks, very careful installation and integration with the continuously operating upstream water filtration plant, along with numerous procedures and measures to comply with from the NSW Public Works who managed the overall project on behalf of Essential Water, the owner and operator of the Broken Hill WTP.

The new RO plant was required to be integrated with the existing water treatment facility on site - successful integration would require close management of the equipment interfaces.

With a 12 week time frame, the project was completed in a very short time frame to all required standards set out by the NSW Public Works.

As the capital city of the driest state in Australia, water is always a major talking point in Adelaide. With sometimes scarce drinking water supplies, it’s often left to proactive local industries to lead the way in adopting measures for conservation and Adelaide’s iconic Coopers Brewery is no exception. As part of their move to a substantially larger site, the team at Coopers actively sought out water-saving measures, including the replacement of mains water with groundwater. Due to the slightly saline groundwater source, Coopers' management turned to Osmoflo, who are committed to delivering a circular future for water, having previously provided a 200 kL/d reverse osmosis plant at their original Leabrook facility, for assistance with water treatment.

The solution was to design and deliver a customised plant that would meet the initial needs of the new brewery following commissioning in 2001 while allowing for future expansion. The water supply needed needed to be sustainable, helping to solve and not add to, the existing problem of water scarcity in the state. In 2007, the brewery expanded, requiring the capacity of its plant to be increased by 50% to 3ML/d. Following pre-treatment to remove suspended solids the reverse osmosis plant now reduces the salinity of the groundwater from around 6,000mg/L TDS to 60mg/L. The concentrate or reject water from the desalination process is held in tanks and mixed with rainwater, making it suitable for the irrigation of a three-hole golf course at the Regency Park site.

With a focus on sustainability for the future, the use of groundwater instead of mains water is resulting in net savings for Coopers, while the use of reject water for irrigation is also reducing the cost of effluent discharge. We also offered Coopers a ‘Build Own Operate’ arrangement whereby Osmoflo owns and operates the RO plant, and the brewery is billed on consumption. Under this scheme, we have the responsibility of providing water to the required standard, while Coopers can concentrate on what it does best – brewing high-quality beers. Anglo American/ Aqua Coal Mine
Emergency O&M that brought the plant back online without any downtime at the mine.
View case study 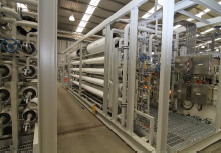 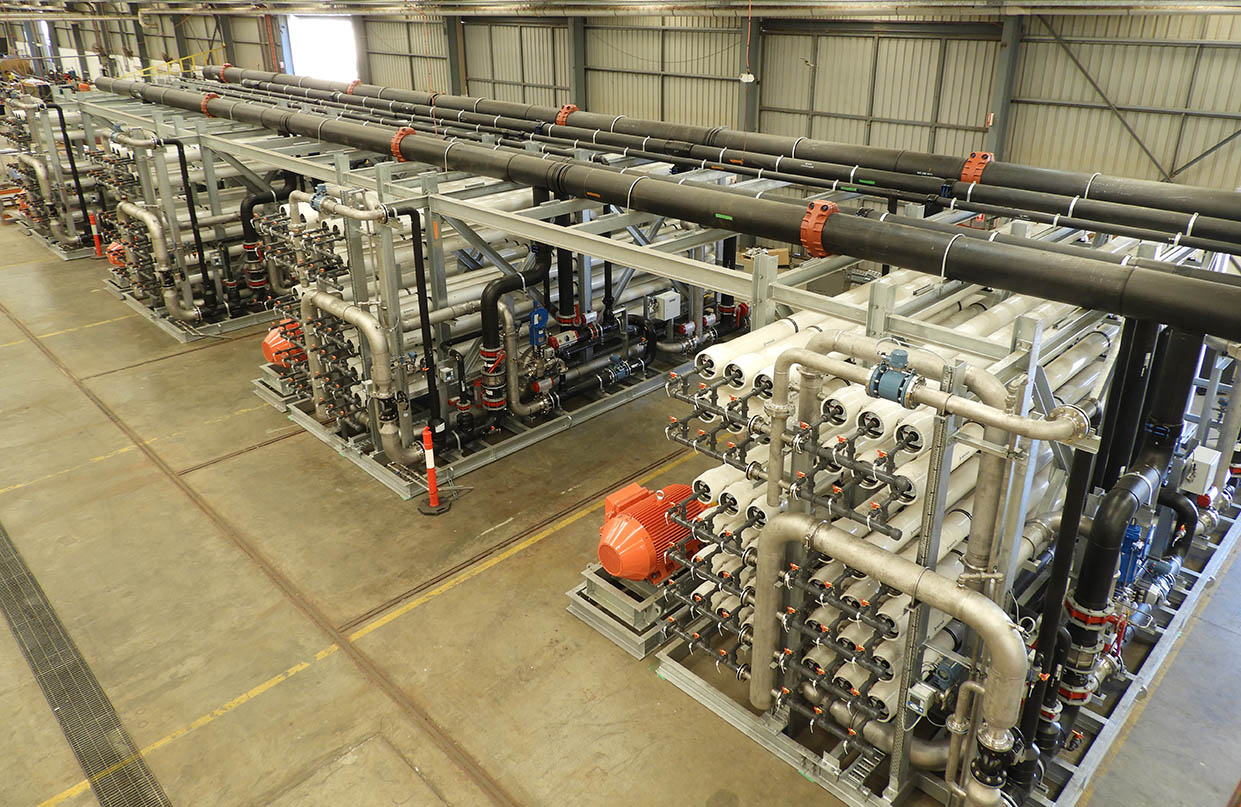